6/28/2016 05:01:00 AM
Security folks are always busy trying to protect our information from malicious users or criminal actors out there. Here's what's going for the last couple of days.

Carbonite online backup service resets all users passwords after cyber attack. The company said the attacking third-party didn't compromise any user accounts, mainly because its IT staff caught the attack in its early stages. To make sure nothing was stolen from people's backups, Carbonite has initiated a service-wide password reset.

Brute-force attacks and account hijacking to become more popular. Such types of attacks are known as ATO or Identity Testing Attacks, and according to security firm ThreatMatrix, they are becoming extremely popular. Source: Softpedia.com 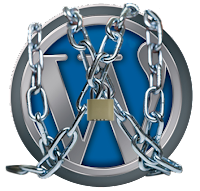 WordPress.org team announced a new version of the WordPress CMS one that includes fixes for eight security bugs and 17 maintenance issues.

The most critical security flaw the project fixed is a bug that allowed attackers to change a user's password by leveraging stolen cookies. The WordPress security team's Michael Adams discovered this issue internally.

Browser cookies are easy to steal, and there is a lot of publicly available exploit code that can be packed as a simple XSS and steal a user's cookie file, for a specific site, or for all. Source: Softpedia.com

Hackers breach US company and unwittingly expose 154 million voter records. A CouchDB database holding 154 million voter records was left without protection after hackers breached its network and took down its firewall, The Daily Dot reports following an investigation by MacKeeper security researcher Chris Vickery.
Vickery discovered the database earlier this week, and with the help of a Daily Dot reporter, he managed to track it down to a company named L2, which builds, manages, and sells access to US voter records.

Hacker breaches company hosting details of 154 million US voters. When the two inquired about the unprotected database that was exposed online without being protected by a password, L2 said it belonged to one of their clients. Source: Softpedia.com

Popular posts from this blog

5/10/2013 05:53:00 AM
When you create a meeting schedule for number of days , you will see an error  "This resource doesn't accept meetings longer than 1440 minutes". By default the mailbox or room was set for a maximum limit of 1440 minutes. Here's how you can disable this limit. Login to the Office 365 Administration Console In Microsoft Office 365 Exchange, click on Manage . In Manage My Orgnization , click the drop down arrow, and click on Select on Another User . This will prompt you to select the mailbox or room to manage. Select a Mailbox or Room , click OK . In Option, click on Settings. In Scheduling Options, un-check the "Limit meeting duration", then click on Save. That's all. You can now schedule a meeting or reserve a room for number of days. Hope this help you. If this helped you, please take the time to share this post by sharing using Google+, Facebook, Twitter, or LinkedIn
26 comments
Read more

Out of Office Reply for Termed Employee

6/19/2013 07:00:00 AM
This is a sample Out of Office message that I used for termed employees, unless HR staff specified a different message. === Example for KING.NET Employee === John Doe (employee or consultant)  is no longer with KING.NET effective  June 1, 2013  (termination date). For matters relating to " Project Name here " please direct your concerns to  John Smith at  johnsmith@king.net (Manager or Supervisor) . For all other matters, please direct your email to Mary Smith HR at marysmith@king.net. Please call our main office 703-345-6789 if you have other concerns. Thank you. === End of message === I posted this article year 2008 from my old blog. http://whaddya.blogspot.com/2008/11/example-of-out-of-office-reply-for.html If this helped you, please take the time to share this post by sharing using Google+, Facebook, Twitter, or LinkedIn
72 comments
Read more

11/28/2012 07:00:00 AM
Have you tried to add storage in your VMware environment after the initial setup and configuration? In my case, I needed to add storage for more space to copy virtual machine files. This is also the same approach to access a USB drive to import a vmx and vmdk files (virtual machine and data storage). For this article, I will provide a step by step procedure on how to add your USB drive from one of your Windows Server (or workstation). Let's use a Windows Server 2003 for reading your USB drive. By default, the NFS service is not enable. So, you have to add this service first. Go to Start , Control Panel , Add or Remove Programs , Add/Remove Windows Components , Other Network and Print Services , and select all for Microsoft Services for NFS . You asked, Why enable NFS Service? The VMware is based using Linux, so you need to enable NFS service to share your network drive or folder. Share a USB drive or folder. Open your Windows Explorer and browse your USB drive. In your
32 comments
Read more